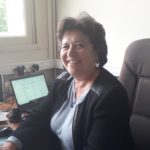 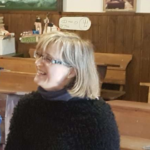 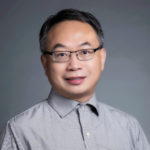 The Commission operates by setting up Sub-Commissions to tackle specific tasks. In defining these tasks, no particular effort is made to cover, simultaneously, the whole range of topics involving space plasmas. Rather, an attempt is made to deal more efficiently with selected areas.

Sub-Commission D1 concentrates on research of the heliosphere. The main objective is to provide a forum where space scientists can report, discuss, compare and study observations, theory and models.

Particular research topics include the solar wind and the heliospheric magnetic field; effects of solar activity on cosmic rays and on the heliosphere; global merged interaction regions; interplanetary shocks (together with D2; pick-up ions; neutral particles; the transport and acceleration of energetic particles and of cosmic rays, including the anomalous component; anisotropies and the composition of various components. Also covered is the heliosheath: heliospheric structure and the transition to interstellar space, including the termination shock and heliopause. Additionally, the long-term interaction with different interstellar environments and its influence to Earth is included. This comprises the theory, modelling and observation of the above-mentioned topics.

This sub-commission does not include research on the following topics: the Sun as a star, the Sun as the source of the solar wind, of solar energetic particles, and of the interplanetary magnetic field, the transition from the Sun to the heliosphere, and magnetospheres. These topics are covered by sub-commissions E2, D2/E3, and D3.

Sub-Commission D2/E3: The Transition from the Sun to the Heliosphere

(1) Observational and theoretical study of the phenomena of the quiet and active sun in the photosphere, chromosphere, and corona that relate to energy release in form of coronal heating, solar wind acceleration, energetic particle generation, flares and coronal mass ejections.

(2) Observational and theoretical study of the subsequent phenomena in the inner heliosphere and of the processes governing its structure, such as fast and slow solar wind streams, interplanetary coronal mass ejections and shock waves, solar energetic particles, corotating interaction regions including their space weather effects.

Sub-Commission D3 concentrates on research of the planetary magnetospheres, the regions of space in the planetary neighborhoods where the planet’s magnetic field and/or ionosphere deflects the solar wind flow. The aim is to understand the nature of the coupling between the solar wind and the planetary magnetosphere, ionosphere, upper atmosphere and/or regolith controlling the structure and dynamics of these plasma systems. Special emphasis is paid to processes common to all planets, such as the nature of charged particle acceleration processes, magnetic reconnection, and transport of mass, momentum, and energy through these systems. The existence and controlling factors for dynamic processes producing analogues to the terrestrial geomagnetic storms and substorms are investigated.

The Sub-Commission on Active Experiments promotes research involving the active perturbation of laboratory plasmas as well as space plasmas to enhance the understanding of the natural space plasma environment and the interaction of space vehicles with this environment. Some of the active perturbations used in these investigations include (1) tethered satellites, (2) VLF transmitters, (3) charged particle beam injections (4) chemical releases and (5) high-power radio waves. A wide variety of diagnostics are used to isolate physical processes found in actively perturbed space plasmas. Ground-based space plasma experiments rely heavily on radar and optical observations. Space-based experiments rely on diagnostics such as in situ electric field and charged particle measurements. Important physical processes in space plasmas studied with active experiments include plasma turbulence, wave-particle interactions, wave-wave interactions, and plasma resonances. Physical processes studied associated with spacecraft environmental interactions include vehicle charging and plasma wakes and turbulence produced by vehicles passing through the charged media in space.