Commission E deals with obtaining, sharing and analyzing data taken from space-borne platforms that are associated with the study of stars, galaxies and the universe at large. The data consist of high energy particles and radiation from the entire electromagnetic spectrum.

“A Roadmap for Astronomy Missions in the Coming Decades” (published in ASR, 50, n°1, July 2012), prepared by a group of scientists under the leadership of Dr P. Ubertini

Sub-commission E1 deals with the study of the universe beyond the solar system.

Sub-Commission E2: The Sun as a Star 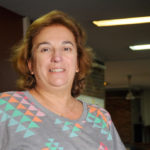 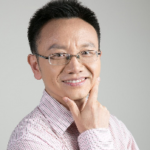 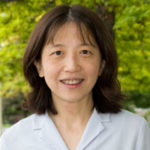 Sub-commission E2 deals with the study of the Sun as a star including, in particular, the theoretical and observational study of solar structure and radiation. The latter topics cover the solar interior structure and dynamics, the mechanism of solar magnetic cycles, the structure and dynamics of the lower solar atmosphere and of its magnetic field because of their relevance and implications to the understanding of the solar-stellar connection, and in the same line the sources of solar irradiance and long-term variability.

Sub-Commission D2/E3: The Transition from the Sun to the Heliosphere 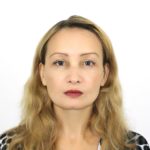 (1) Observational and theoretical study of the phenomena of the quiet and active sun in the photosphere, chromosphere, and corona that relate to energy release in form of coronal heating, solar wind acceleration, energetic particle generation, flares and coronal mass ejections.

(2) Observational and theoretical study of the subsequent phenomena in the inner heliosphere and of the processes governing its structure, such as fast and slow solar wind streams, interplanetary coronal mass ejections and shock waves, solar energetic particles, corotating interaction regions including their space weather effects.

The recent discoveries of nearly a thousand of extrasolar planetary systems have opened up a number of new questions about their properties, physical conditions along with a rethinking of the concepts of habitability and life. In this context, it is not obvious whether a planetary system like our own solar system is common or unusual in the Galaxy. Planets may form and orbit around stars of almost every kind. We have found many planets which we call exotic, i.e. very close to their parent star, in highly eccentric orbits, or around binary systems, in a word very different from planets in our solar system.

Recent observations have shown how diverse can be the physical conditions of planets, both in structure, with fluffy or very dense planets, and in the composition and atmospheric stratification.  The key word is diversity.

Understanding the origin of such diversity is the goal of many of the new studies and current projects. Such activities may cover both scientific and technological aspects and could include: