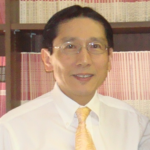 (2) Origin and evolution of life, including: (a) chemical precursors of life, its evolution and present state within the solar system and beyond; (b) search for extraterrestrial intelligence, for life in the solar system beyond the terrestrial biosphere, and for molecules of biological significance in space. Biological interchange, including: (a) possible effects of contamination of planets other than the Earth, and of planetary satellites within the solar system by terrestrial organisms; and (b) contamination of the Earth by materials returned from outer space carrying potential extraterrestrial organisms that have been exposed to space environments.

(3) Mechanisms and dynamics of ecosystems, including: (a) the natural ecosystem on Earth as it can be observed, charted and analyzed from space; and (b) artificial ecosystems, which are being developed for use in human life support in space or on other celestial bodies, such as Moon or Mars.

The objective is to provide a broad framework for gravitational biology, particularly with reference to spaceflight, applicable to humans, animals, and plants, including microorganisms and cell preparations. The terms of reference include: spaceflight low-G effects; effects of ground-based low-G simulation; gravity perception and orientation; gravity scale effects; centrifuge high-G effects; vibration effects.

The study of: the pathway (chemical) by which life may have arisen – extraterrestrial organic chemistry, chemical evolution; the early geological record (pre-Cambrian) as it pertains to the origin and early evolution of life; the interaction of life with the planet in physical-chemical and evolutionary terms, terrestrial life forms in unusual and extreme environments; and finally, the search for life (including intelligence) in the universe. Also includes development of planetary protection plans in solar system exploration and sample return missions.

The scope of activities includes studies of natural ecosystems particularly in the areas of system evolution, system control and environmentally induced system function changes; of artificial ecosystems, particularly in areas that will aid in understanding natural systems, that will contribute to developing life support systems for use in space, and that will aid in understanding extraterrestrial ecosystems. Activities of interest also include ecosystem observations from space, the behavior of experimental ecosystems functioning in space, the recycling of waste and production of consumables in isolated ecosystems, evaluation and integration of bioregenerative technologies and life support systems with space missions, and the monitoring and control of life support systems and components.

The objective of Sub-Commission F5 is to expand the understanding of basic physiological mechanisms attributable to microgravity including: an integrated approach to examine the effects of space flight conditions on the human body, providing insights into the complex interactions of the human body functions applicable and beneficial for human health care on Earth, development of countermeasures for safeguarding astronauts health and beneficial for aging people or patient groups on Earth. The terms of reference include: effects of space flight; simulation studies like head-down bed rest or water immersion; examination of comparable patient groups.